How to change Linux boot parameters in UEFI

Typically, Linux is launched by the GRUB boot loader. Also, Linux can be launched by UEFI (formerly called EFI). And most users generally do not care about what exactly the loader is used until they face a problem to cope which they need to adjust kernel boot parameters.

An example of such a problem can be the reset of the forgotten root password or the need to start Linux with certain options because after updating a kernel module the system does not boot into the graphical interface.

To restore the administrator password, see the article ‘How to reset a forgotten login password in Linux’ and although it works for many people, if the operating system uses UEFI as a loader, then there may be a problem to spawn menu to edit boot options.

How to change the Linux kernel boot options for UEFI

First you need to distinguish the UEFI boot menu and OS boot menu. In UEFI boot menu you can select the disk (operating system) to boot. In my laptop this menu appears if to hold ESC button while booting is starting. When you press other keys (function keys F, letter keys and others except digits) you will see OS boot menu.

When you see the OS boot menu Linux, then a few keys work, P (capital p) displays some information, d resets values to default, t/T decreases the timeout, V shows the version, but the most interesting is the e key, it allows you to change Linux kernel boot settings.

For example, to enter single-user mode, you need to add: 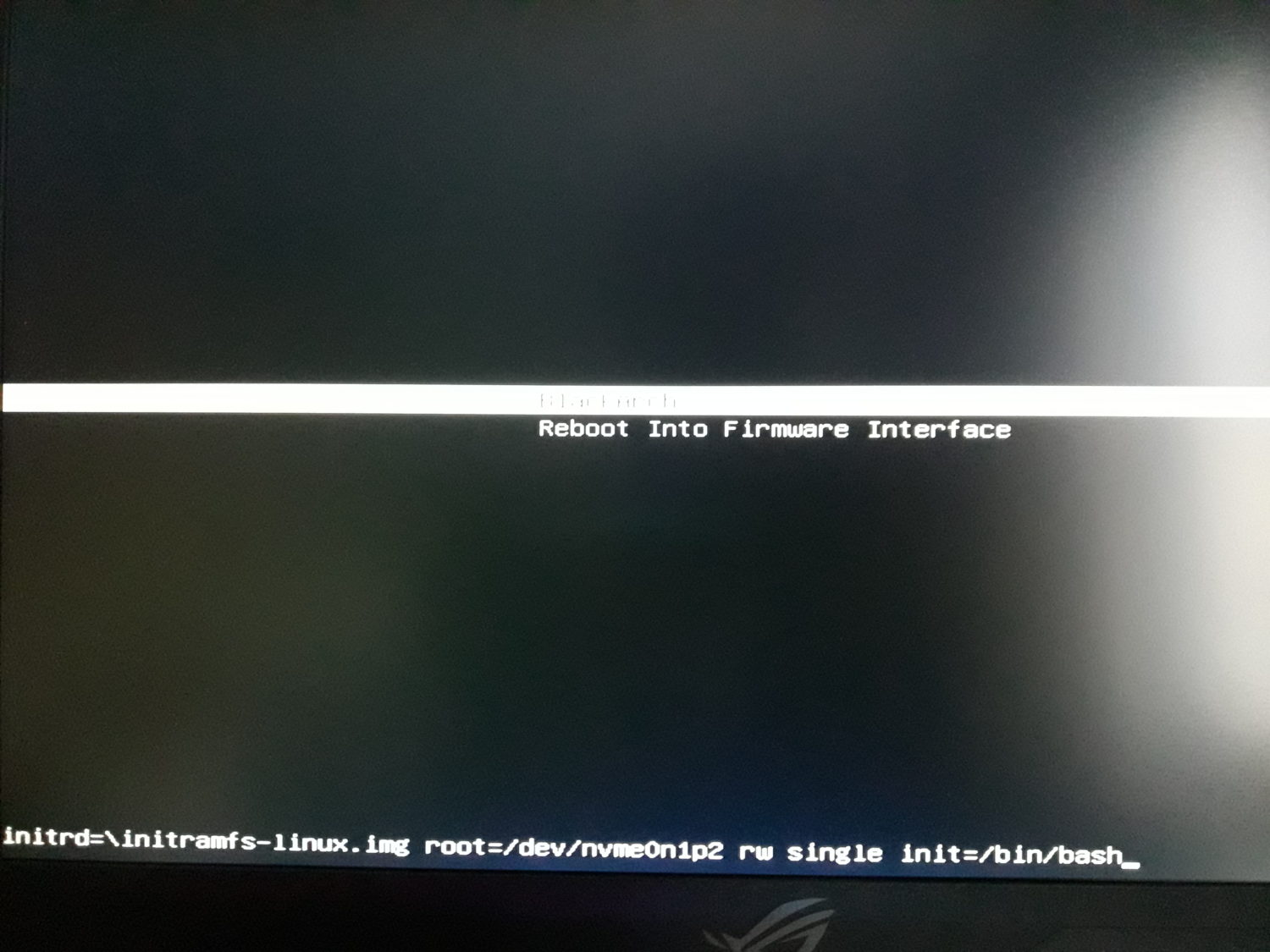 If you need to reset the Linux password, then everything is the same as in the article referred to above.