BoopSuite is an alternative to Airodump-ng, Airmon-ng and Aireplay-ng

BoopSuite is another tool for auditing Wi-Fi networks. Currently, it can:

Aircrack-ng suite has long been able to do all of this. As well as its numerous wrappers (for example, Wifite and airgeddon) can perform that. A feature of BoopSuite, due to which it is worth paying attention to this package, is that it is written in pure Python and does not depend on Aircrack-ng.

Therefore, if you have any problems with the Aircrack-ng package, then you should try BoopSuite. For example, if Airmon-ng reports that the wireless card is in monitor mode, but actually, this does not happen, then try BoopSuite. I also noticed that BoopSuite sees more wireless networks than Airodump-ng. Well, for deauthentication attack instead of Aireplay-ng, you can try BoopSuite.

For installation, execute the following commands:

After that, the program can be run from anywhere, without specifying the path to the file.

For details on the scripts that are included the package, about their options and about the graphical interface, click https://en.kali.tools/?p=462.

Obviously, you need to have a wireless card that supports the monitor mode.

Plug your card. To find out the name of the wireless interface, issue the command:

In my case, the name of the Wi-Fi device is wlan0. Then the command for transferring it to monitor mode (wlan0, replace it with the name of your wireless interface): 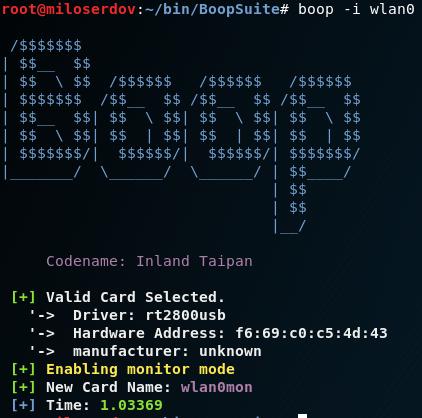 The new interface will be named after the formula original_name + mon

Well, in my case the new name is wlan0mon. We will use it in all subsequent commands.

To return the interface to a managed mode, run

To see all the wireless networks within reach, execute the command: 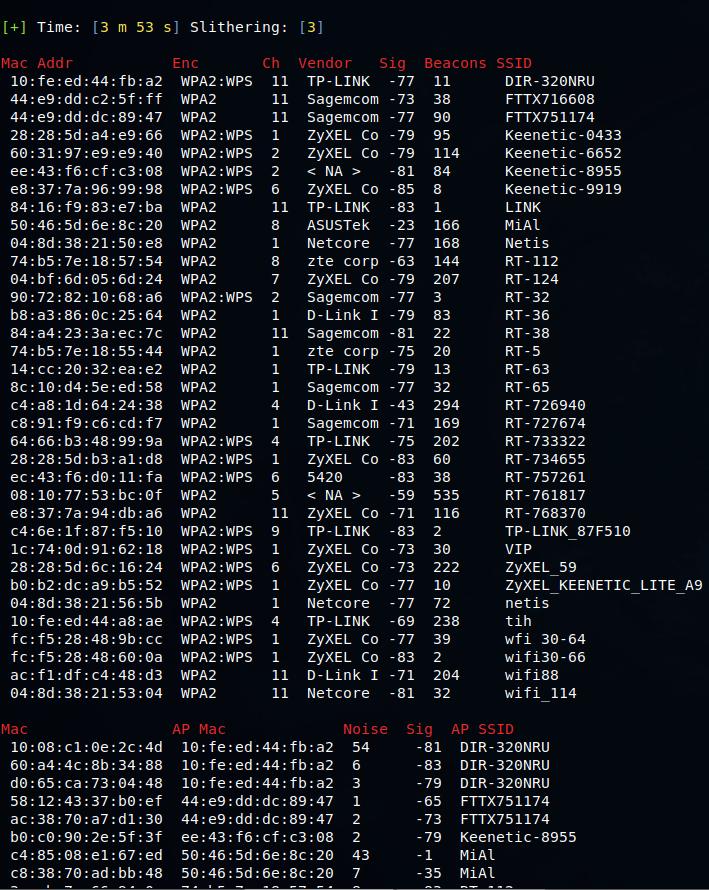 To listen to a certain channel, use the -c option, after which you need to specify the channel, for example, for the sixth channel:

Boop also works on the 5ghz spectrum if you have a supporting card:

Note that if you want to use the -c option with 5GHz frequencies, you need to specify both -f 5 and the -c options with the desired channel number; otherwise you will get an error.

If some processes are interfering then you can preemptively kill them with:

If you want to see unassociated clients:

If you want to filter by a specific AP mac address:

Suppose we want to capture a handshake for the MiAl network, as can be seen from the screenshot, its MAC is 50:46:5d:6e:8c:20 and it works on the channel 8. Therefore, the command for listening will be as follows:

And the command to perform the deauthentication attack:

As soon as the string appeared:

In my case this is:

That means a handshake is captured. You can stop both programs.

The handshake files are saved in the ~/pcaps directory. Let's see its contents:

With the help of the Wireshark program, you can make sure that we have really captured a valid handshake: 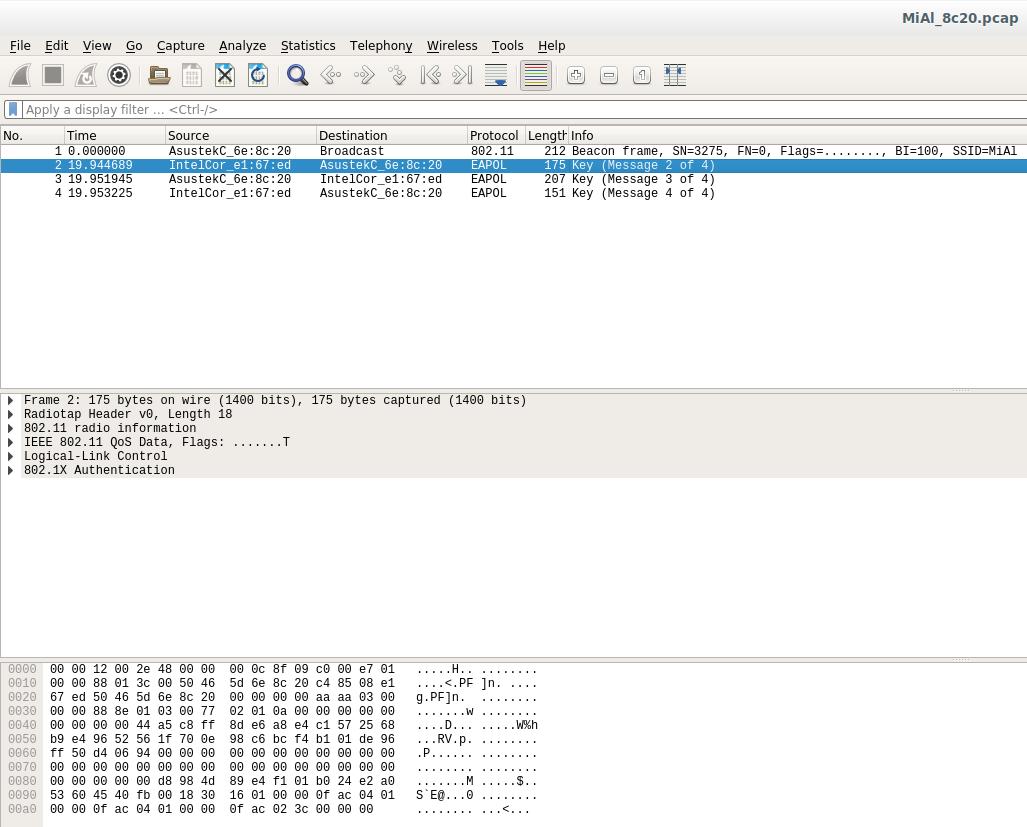