How to decrypt WPA traffic in Wireshark

Let's start with the theory in order to understand why the process of decrypting Wi-Fi traffic in Wireshark requires some effort and why one cannot just decrypt any captured Wi-Fi traffic even if one has a password from the Access Point.

When transmitting via Wi-Fi, the traffic is encrypted using PTK (the Pairwise transient key). At the same time, PTK is dynamic, that is, it is created anew for each new connection. Thus, it turns out that Wi-Fi traffic for each connection in the same Access Point is encrypted with different PTKs, and even for the same Client after reconnecting PTK changes. To calculate PTK, you need data from a four-way handshake, as well as a password of a Wi-Fi network (in fact, you also need other information, such as the network name (SSID), but obtaining this data is not a problem).

The main thing you need to understand: to decrypt Wi-Fi traffic, you need a four-way handshake. And not any, but exactly the one that happened to transmit the traffic that needs to be decrypted. But to use the captured handshake you need a password of the Wi-Fi network.

So, to decrypt Wi-Fi traffic is needed:

Next will be shown two examples of capturing Wi-Fi traffic and its decryption. The first data capture is done using Airodump-ng, and then the wireless traffic will be decrypted in Wireshark. In the second example, the data will be captured and decrypted using only Wireshark.

In order for the data to be suitable for decryption, it is necessary that the Wi-Fi card does not switch channels, but capture information on one channel on which the target Access Point operates. Therefore, we start by collecting information about the target access point.

We look at the names of wireless interfaces:

We set the INTERFACE into monitor mode with commands like this:

For example, I want to capture and decrypt traffic for the Paangoon_2G Access Point, which operates on channel 9.

Then I need to restart airodump-ng with a command like this: 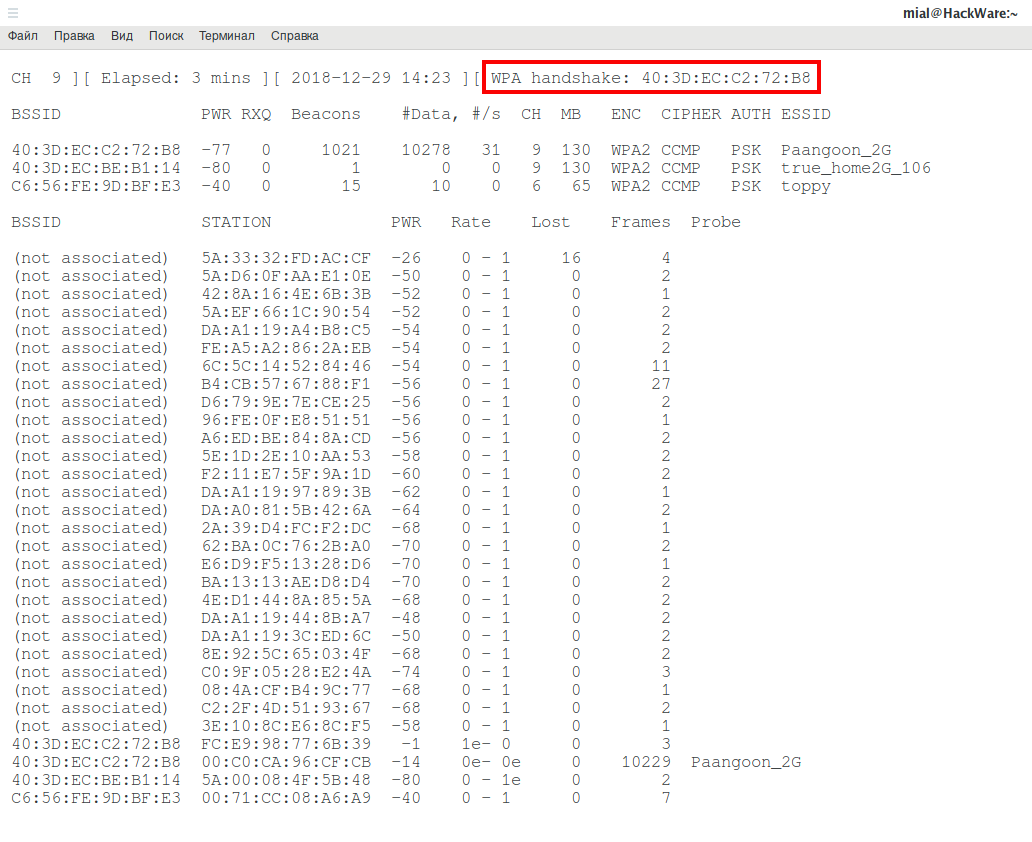 The WPA handshake string says that a four-way handshake was captured. It means that:

Open the capture file in Wireshark. In its original form, the traffic looks like this: 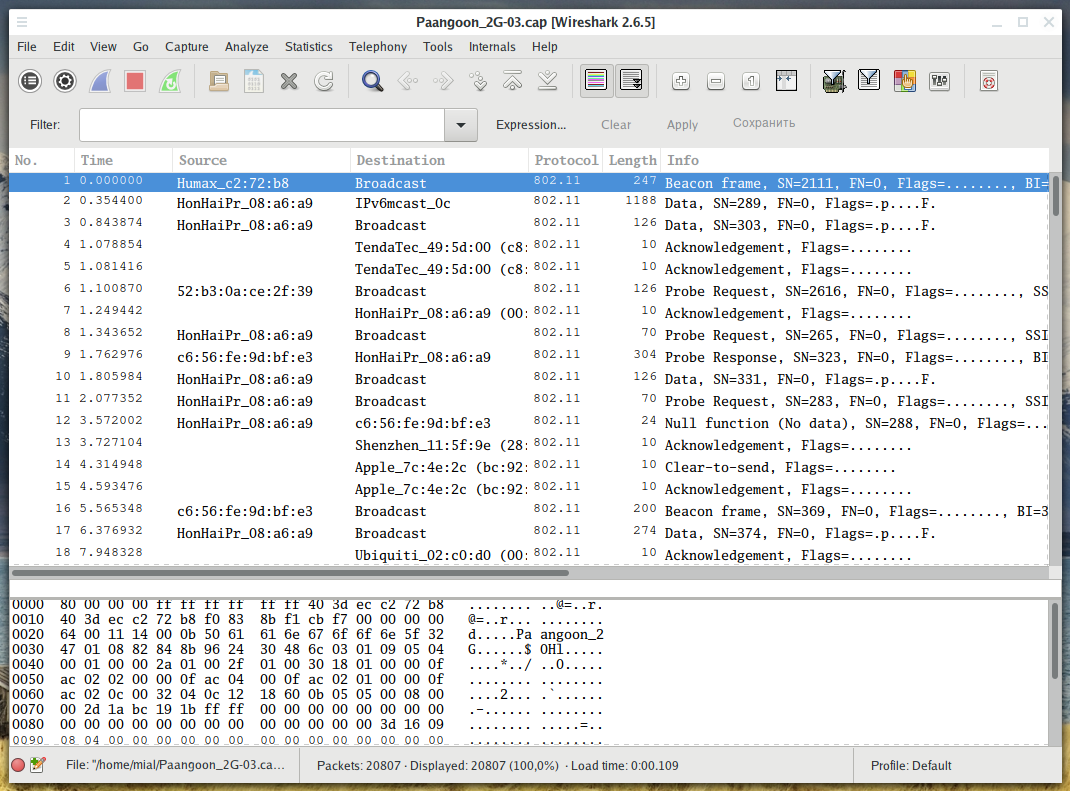 That is, without decryption, we see only the MAC addresses of the data transfer participants, some types of packets, as well as data packets — in which the payload is encrypted.

Before decoding, make sure that there is a handshake, otherwise there is no point in continuing: 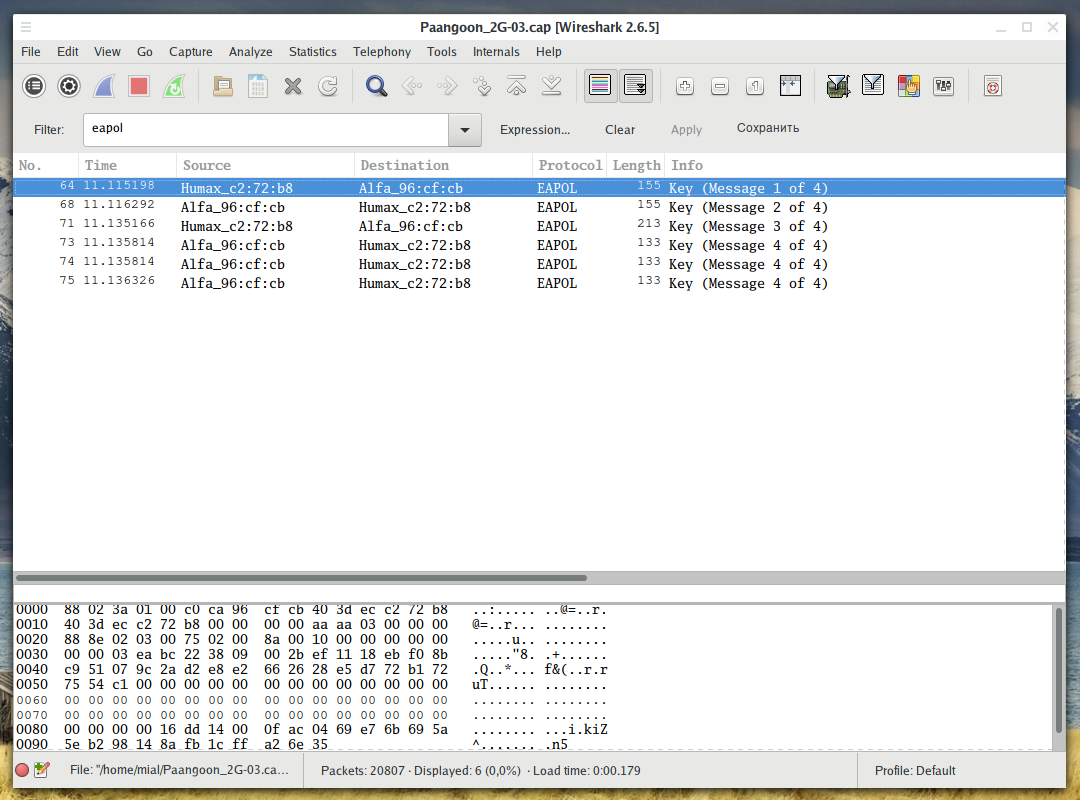 Before decoding, we need to make some changes in the IEEE 802.11 protocol settings.

Go to Edit → Preferences, expand the protocol section and select IEEE 802.11. The settings should be: 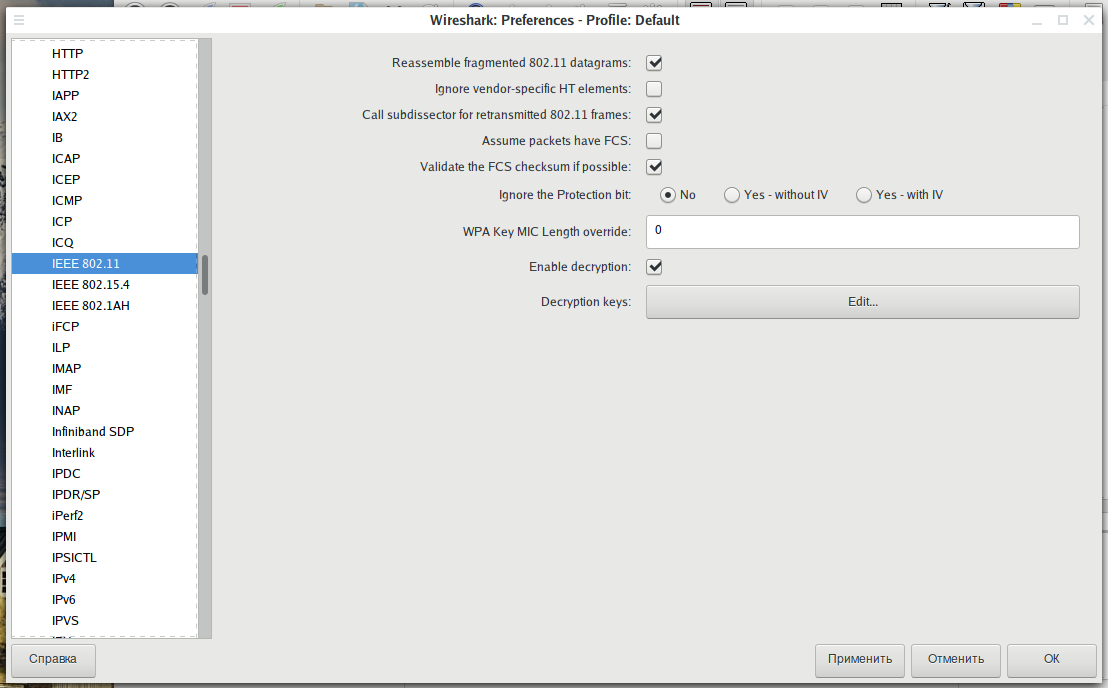 When you have the same settings as in the previous screenshot, click on the Edit button next to Decryption Keys (to add a WEP/WPA key): 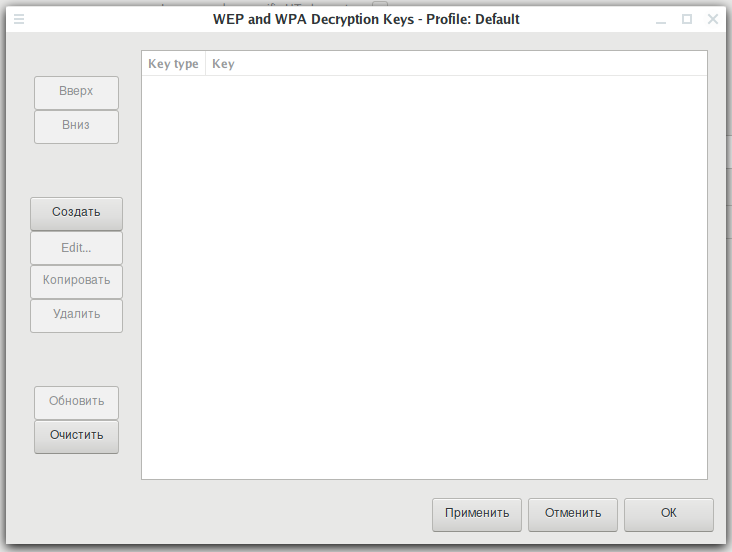 Click the Create button. In the window that opens, in the Key type field, select wpa-pwd, enter the password for the Wi-Fi network, and after the colon enter the name (SSID) of the network and click OK. 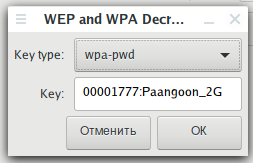 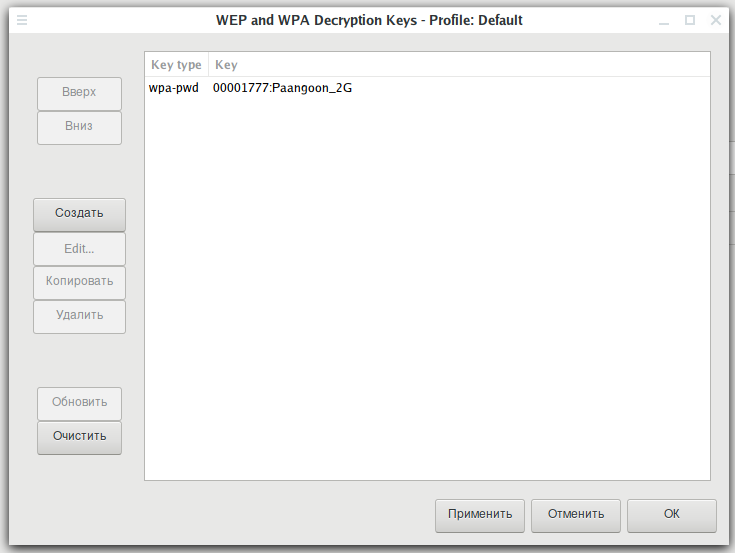 Traffic will be decrypted: 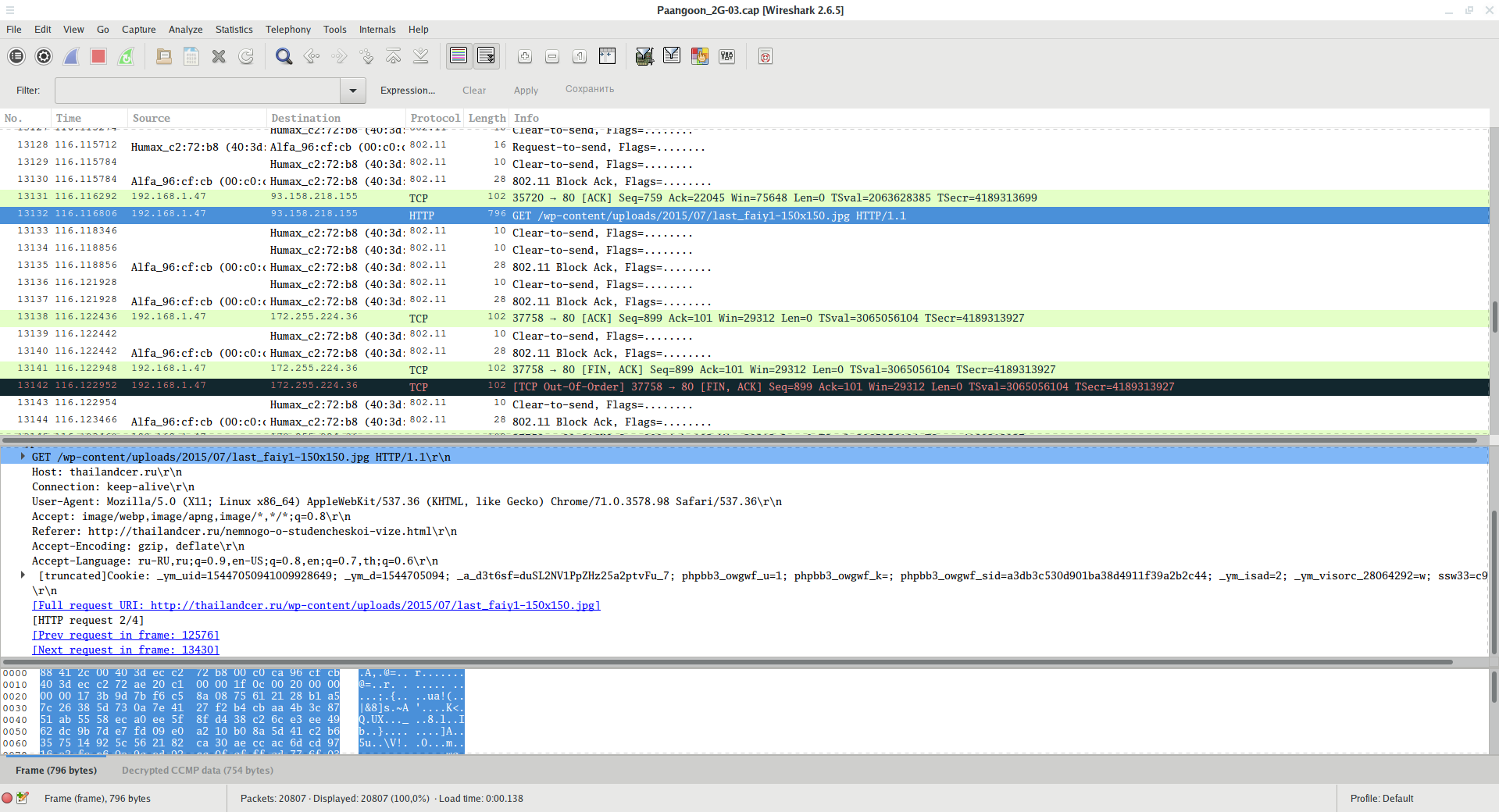 Now there are visible DNS, HTTP requests and responses, as well as other network packets.

If traffic is captured not only for this network, but also for other networks operating on the same channel, or for this network but other clients for which no handshakes are taken, then this traffic will not be decrypted.

Wi-Fi traffic can be captured directly in Wireshark. But we first need to switch the Wi-Fi card to the same channel as the target Access Point. This is done by commands like:

In these commands, the words INTERFACE and CHANNEL must be replaced with actual data.

When the interface is switched to the desired channel, in Wireshark, find this interface, in its properties, check the Capture packets in monitor mode box. Then start capturing data: 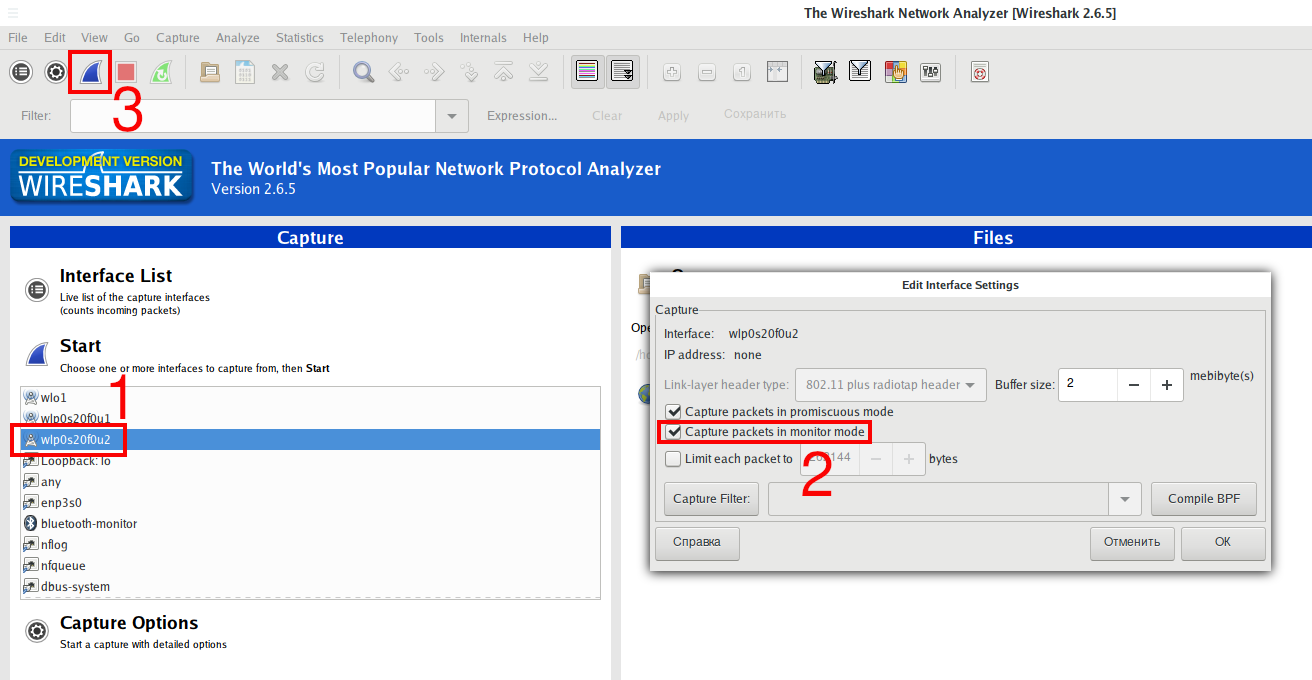 The subsequent decryption is performed in exactly the same way as shown above.

To decrypt WEP Wi-Fi traffic, you only need to know the password. But APs with WEP almost never occur nowadays.

4 Comments to How to decrypt WPA traffic in Wireshark