What is an Autonomous System (AS)

To understand what the concept of ‘Autonomous Systems’ is for, you need to have an idea about the routing of data on the Internet.

Suppose this is understandable, but why did they have to assign numbers to everyone?

If a packet is intended for a node located in the global network, then when it reaches the router, then since the router can be connected to several other routers of other Autonomous Systems at once, the question arises – where to send this packet? Suppose that router A needs to forward a packet to router B: 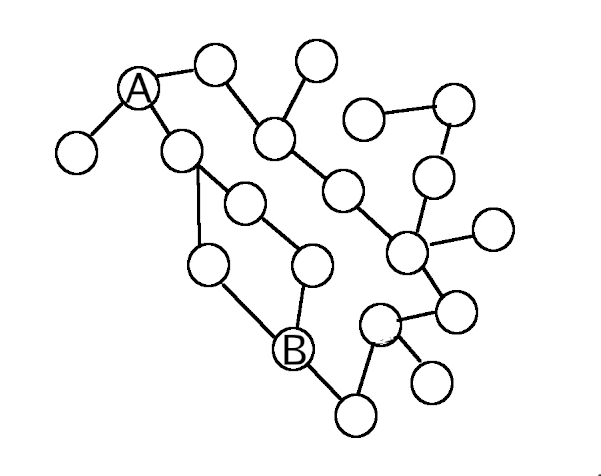 How to find out which node to send the package to? How will the second node choose the next one to send? What will the third node do? Even in my simple picture, it is clear that there are long routes to the same point, and there are even dead ends.

These questions are answered by routing protocols, for example, Border Gateway Protocol. Thanks to them the router ‘knows’ the best (not necessarily the shortest, there are several evaluation criteria) path from point A to point B. And such protocols operate with the terms ‘Autonomous System’. That is, to put it simply, such protocols build routes along the nodes of an autonomous system, taking into account which nodes are connected to this router, which are connected to the next one, and so on.

So, the Autonomous System (AS) is a group of gateways (routers) that are under the same administrative control, that is, belong to the same organization.

Such organizations can be:

Autonomous System Number (ASN) is a numeric identifier for networks participating in the Border Gateway Protocol (BGP). BGP is a protocol in which routes are defined for transmitting packets around the world. Without BGP, Internet traffic could not leave the local networks.

The ASN defines an Internet protocol block group for versions 4 or 6.

Why bother trying to determine ASN by IP?

When collecting information using ASN, you can get some additional data:

1. How to find out the Autonomous System using the dig command

Using such a construction (replace 185.117.153.79 in it with the IP of interest), you can find out the Autonomous System number, the range to which the IP address belongs, the country and the allocation date:

It is this way (DNS query *.origin.asn.cymru.com) to find out AS is used in the mtr command (it was considered in the article about tracing).

In the article “Autonomous system lookup using command line in Linux”, it was suggested to make a function:

You can put it in the ~/.bashrc. Then right in the console you can use the function:

2. Getting AS from cymru.com database

The cymru.com database supports requests using the whois protocol (replace the 185.117.153.79 command with the IP address of interest):

In the previous command, two dashes in a row tell the command that subsequent input is not its options. This is done so that the whois command does not treat -v as its option.

3. Getting the AS from the whois.radb.net database

And I found this method in the traceroute program – when it needs to know the Autonomous System number, it accesses the database whois.radb.net. Request example:

If you only need an AS number, you can run it like this:

To get data on the command line:

5. How to find out the autonomous system number using WHOIS

By default, a request from the whois command is addressed to the whois.ripe.net database. It also shows the origin field for some IP addresses:

Another option (the output of the command will be limited to the route section):

How to find out information about the Autonomous System

2. Getting information about the Autonomous system from the database whois.radb.net: 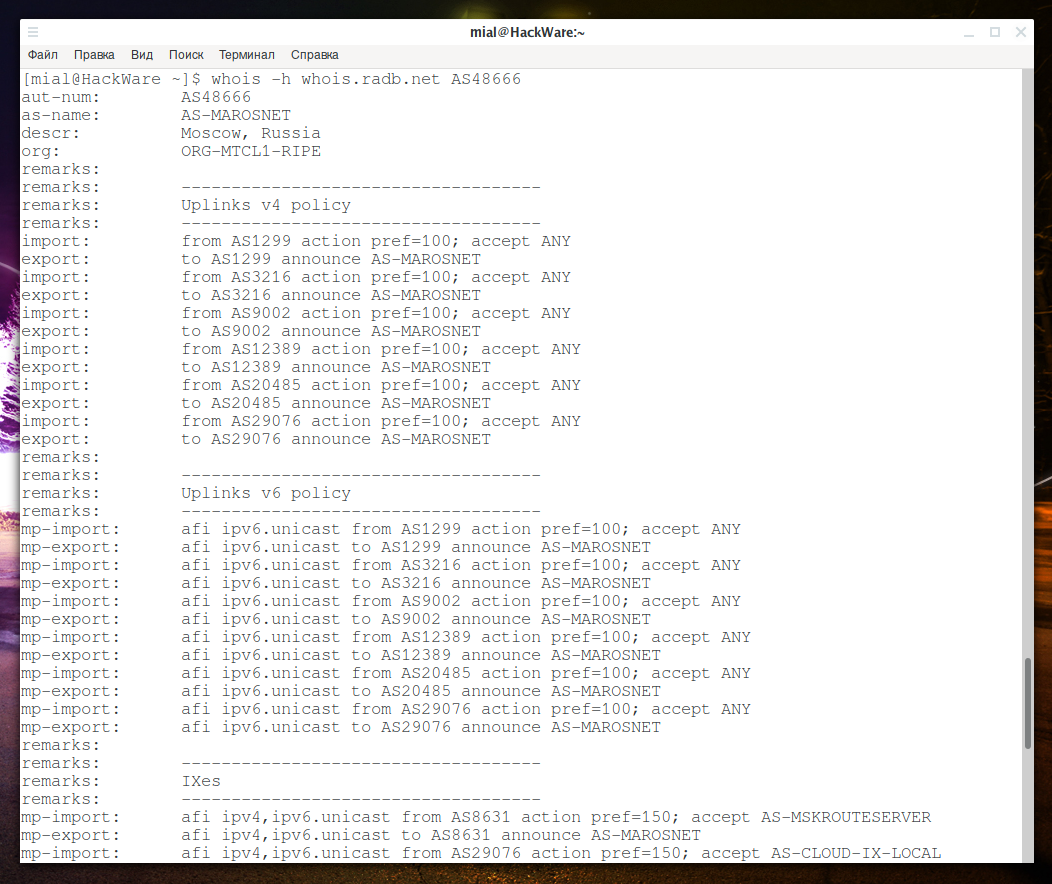 The information about some autonomous systems:

contains links to other records in the database

which can also be viewed:

The usual whois command can also display information about AS by their number:

How to find out all IP ranges of the Autonomous System

By AS number, you can find the IP address ranges of the Internet provider, search engine, hosting providers, any other organization that has been allocated IP.

1. Getting the Autonomous System IP from radb.net

The following command displays information about the routes of this AS: 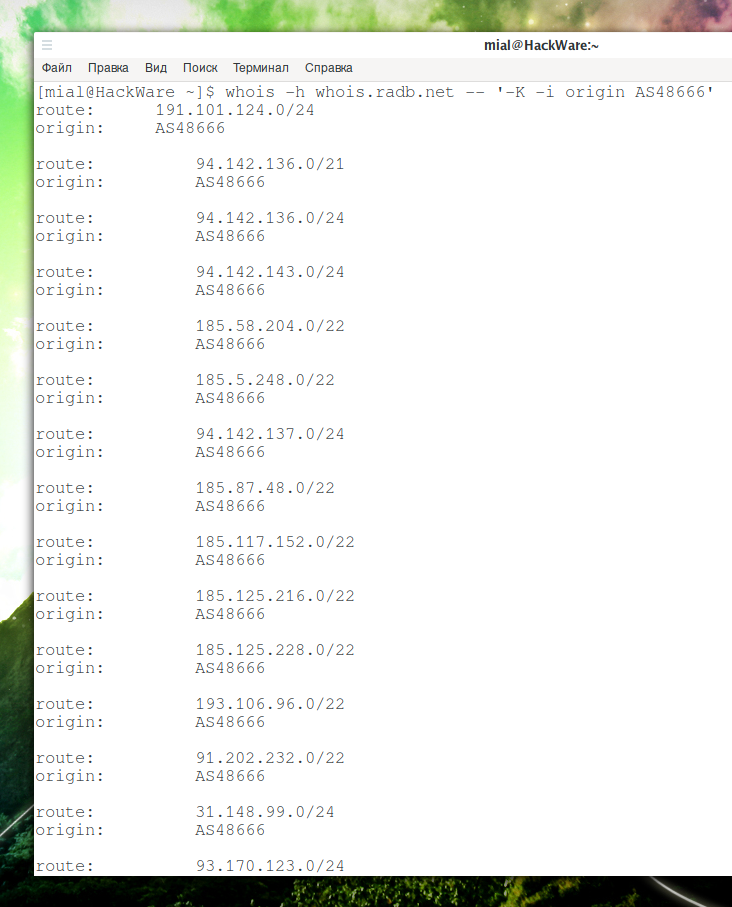 Filtering only the necessary lines: 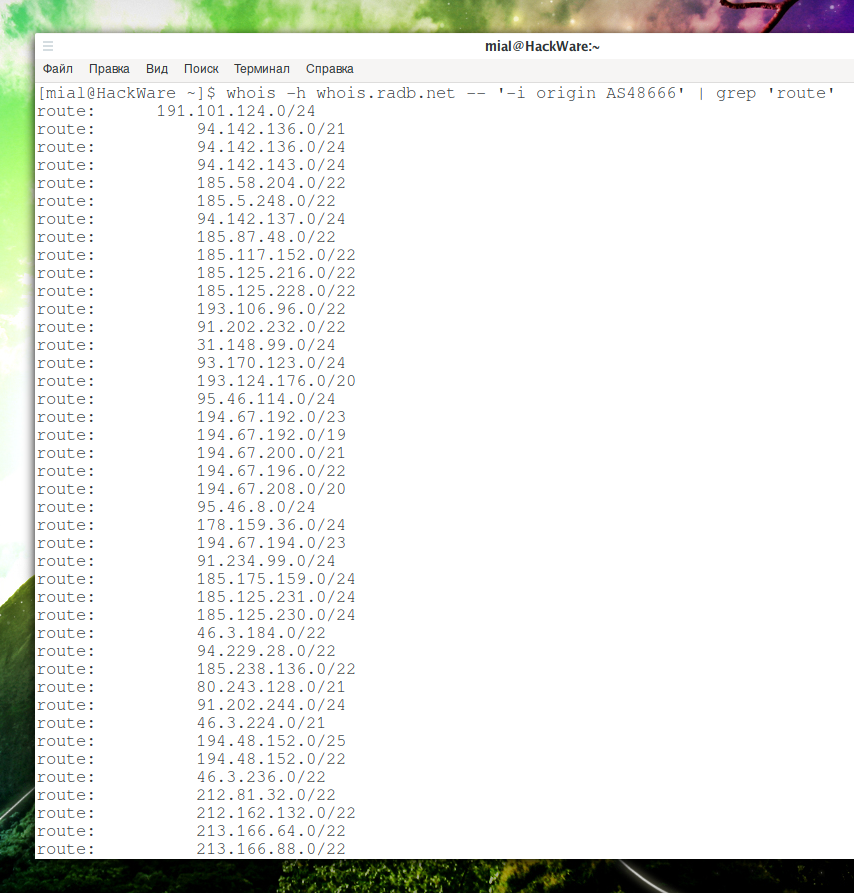 But the lists of ranges obtained in this way require additional attention, since some of them include other ranges from the same list.

Including the command line:

Please note that the ranges shown may contain the same IP addresses. For my service to find IP addresses and ranges of any ISP (there are not only providers – any AS), I used a similar method of getting ranges at the beginning, but because of this lack I wrote my own script for extracting data from the database. Therefore, on the service by reference, the resulting ranges should not contain the same IP.