How to install Go (compiler and tools) on Linux

If you want to compile a program which is written in Go, you need to start with the installation of the Go compiler.

Manual installation of the latest version of the Go compiler

If the repository of applications for your distribution does not have Go, or you want to manually install the latest version of the compiler, then follow this guide further.

The following manual have been successfully tested on Kali Linux, Arch Linux, BlackArch, Linux Mint, Ubuntu. It should also work on almost any Linux distribution.

Open the .bashrc file in the user directory with any text editor:

And to create new environment variables, add the following lines to this file:

When you are ready, save your changes and close the file.

These changes will take effect after the reboot. Instead of restarting the computer, run:

The following command automatically detects and downloads the latest version of the Go language files:

Move files to $GOROOT, which we specified in ~/.bashrc.

Now type in the terminal: 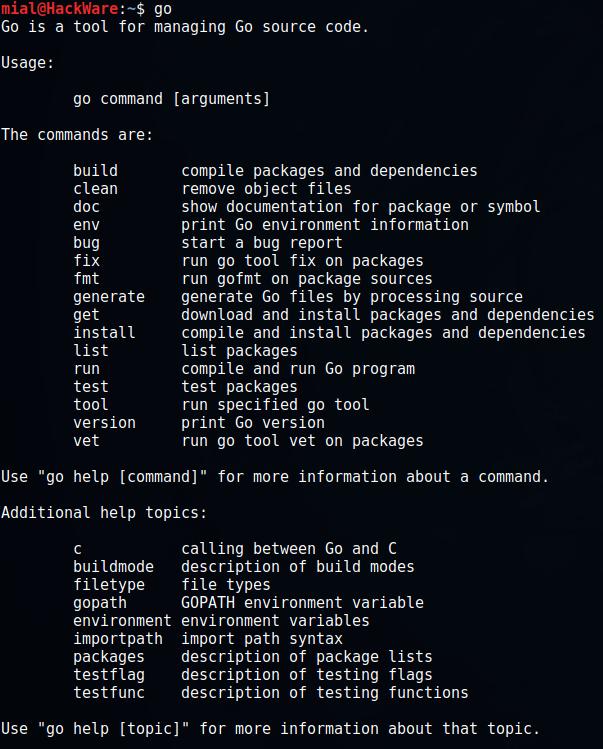 Currently, the Go language compiler has been added to some popular distributions and can be easily installed from the standard repository. So start by checking if there is a golang or Go package in your repositories.

In Debian and its derivatives (for example, in Kali Linux), Go is installed with the following command:

In Arch Linux and derivatives, Go is installed as follows: