There are situations when the disk space has run out completely and you need to urgently clean the disk and delete files. Disk space may run out even so that

That is, there are really critical situations – in these conditions, many programs and services cease to work normally. Therefore, the task becomes the following: immediately free up disk space at any cost so that you can continue to maintain the system and go to the second stage – search for directories and folders that led to this problem due to the fact that they began to take up too much space.

I will warn you in advance: the following commands, although basically delete useless files, after their execution you may need actions such as:

This means that DO NOT mindlessly copy-paste commands – read he explanations to them and evaluate how painless they are for your situation.

The files in the /tmp/ folder will be deleted anyway the next time the system is rebooted. That is, on the one hand, they can be removed quite painlessly:

BUT: the work of programs that are currently running and which have saved some data in the /tmp/ folder may be disrupted.

There are many subdirectories in the /var/cache/ directory that can be deleted almost painlessly (data will not be lost, and programs will create new cache files). This directory is of particular interest because on some systems caches grow into gigabytes and tens of gigabytes. Sometimes, finding the problem directory in /var/cache/ can finally solve the situation with a lack of disk space.

To delete the font cache:

To remove the installation package cache (on Debian, Linux Mint, Ubuntu, Kali Linux and their derivatives):

To remove the installation package cache (on Arch Linux, BlackArch and their derivatives):

You can continue to search for large caches applicable to the software installed on your system. For example, it could be the caches of a web server, proxy server, etc.

You can delete almost all files in this (/var/log/) folder, but try to keep the folder structure, since some applications, after deleting the folder here, are not able to recreate it…

Web server logs can grow too much on web servers.

To delete Apache logs on Arch Linux, BlackArch and their derivatives:

For the server to start creating new log files and writing to them, you need to restart the web server service.

This tip is more for desktop systems. Files that you deleted in the graphical interface of the desktop fall into the ~/.local/share/Trash/files/ folder, you can analyze them and delete them (second time) if you wish:

The following applies only to Debian, Linux Mint, Ubuntu, Kali Linux and their derivatives. Check the folder /usr/src/, there will be subfolders of the form linux-headers-, most of them can be deleted – leave only the one whose number corresponds to the current kernel of the system – usually this is the latest release number.

Orphaned packages are those packages (programs) that were installed as dependencies for other programs. But for various reasons, they are no longer needed: either the program that used them was removed, or for that program they ceased to be dependencies after updating the program.

On Debian, Linux Mint, Ubuntu, Kali Linux and their derivatives, you can remove unnecessary packages as follows: 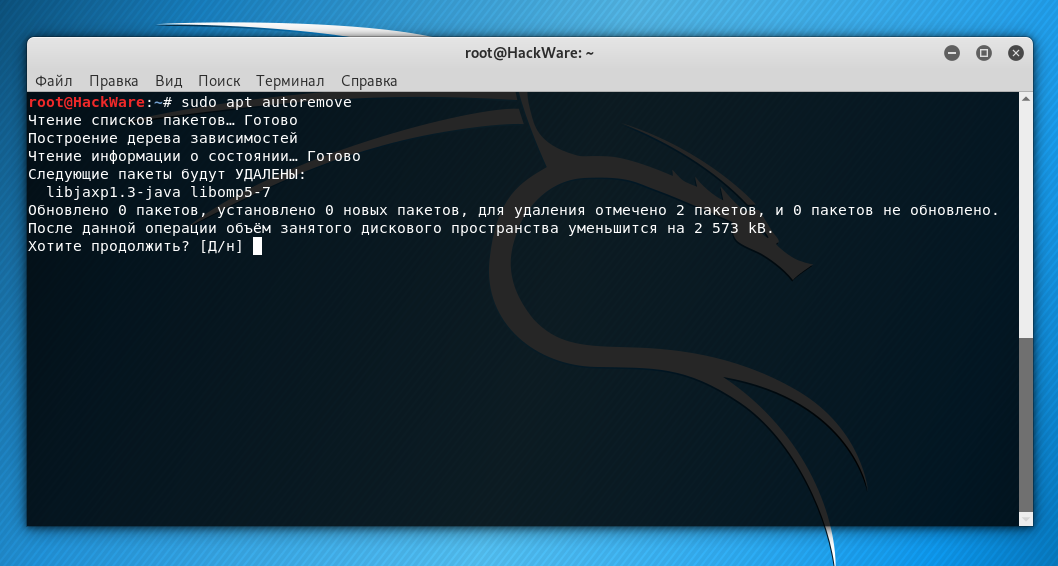 For Debian and its derivatives, the previous command is completely safe.

In Arch Linux and derivatives, the list of orphaned packages can be seen as follows:

Before proceeding to their automatic removal, it is strongly recommended that you pay attention to this list!

To recursively remove orphans and their configuration files in Arch Linux and derivatives: 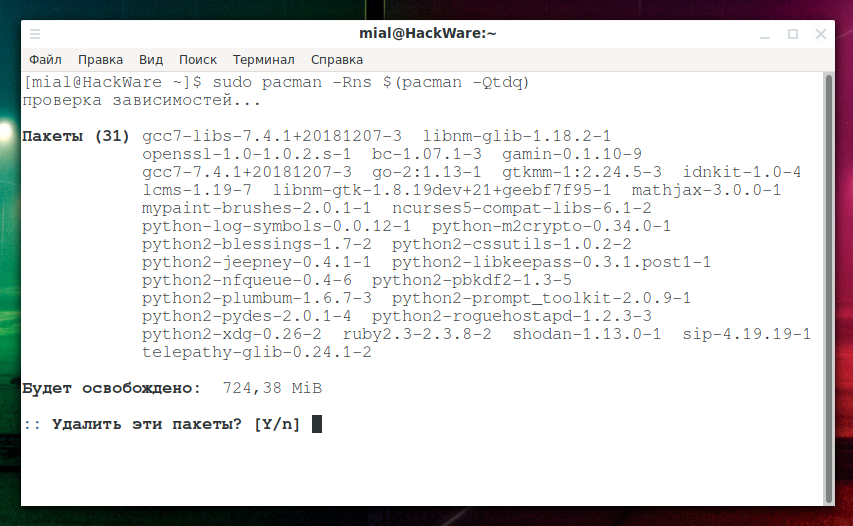 If no orphaned packages were found, pacman will exit with an error: no targets specified (use -h for help). This is expected since pacman -Rns received no arguments.

7. Files in the /lost+found directory

Files that were found after checking the disk file system are saved in the /lost+found folder. Typically, such checks are performed after a sudden reboot of the system or in case of signs of disk problems.

Found files are usually damaged. Their goal is to save data that, if errors were fixed on the file system, would be completely lost.

The /lost+found folder may be empty (if there were no problems with the disk). If there are files there, then you can review them and, if desired, delete them.

Sometimes web applications can create countless sessions due to a bug. Check the directory /var/lib/php/sessions/ for too many files.

Do not madly delete Docker files. I give an example of this directory only for the reason that it attracted my attention because of its simply phantasmagorical size – and this despite the fact that I do not actually use Docker – I tried several times to see what it was.

The largest folder is /var/lib/docker/overlay2/. To analyze the consumed disk space:

So, we examined what files can be deleted from Linux with virtually no loss of information. In addition to the above directories, which can be cleaned both on a remote system with a web server and on a home computer, users with a graphical desktop should pay attention to such directories as:

They DO NOT need to be removed, but worth analyzing. For example, you can find out that the web browser on your computer has a cache of several gigabytes and that you can free them (it is recommended to do it using the web browser, rather than deleting files directly).

If I missed some directories with files that can be deleted painlessly, then write them in the comments!