How to scan wireless networks with a regular Wi-Fi adapter

This is another article about what you can do using a regular Wi-Fi receiver on Linux, other articles:

How to scan Wi-Fi with a regular dongle

The method described in this article will help you collect information about Wi-Fi networks in your area using any Wi-Fi device.

The following screenshot is not airodump-ng – it is the result of a tiny Linux script:

The described method is not just a restricted scanner (airodump-ng of a poor man), but even has several advantages:

There are also enough shortcomings – it is impossible to capture a Wi-Fi handshake, and also to get information about quantity of transmitted data by access points and the number of wireless clients.

How to collect information about Access Points without monitor mode

So, in Linux, we find out the name of the wireless interface:

I have two interfaces, their names are wlo1 (built-in wireless card) and wlp0s20f0u2 (USB adapter), in Kali Linux it will most likely be wlan0.

If the interface is in the down state (if it is not used by other programs, for example, to connect to the Internet), then activate it with a command of the form:

For me, this is a command:

Now we can scan the networks:

This is an example of information about one single wireless network – roughly the same will be shown about all networks within reach: 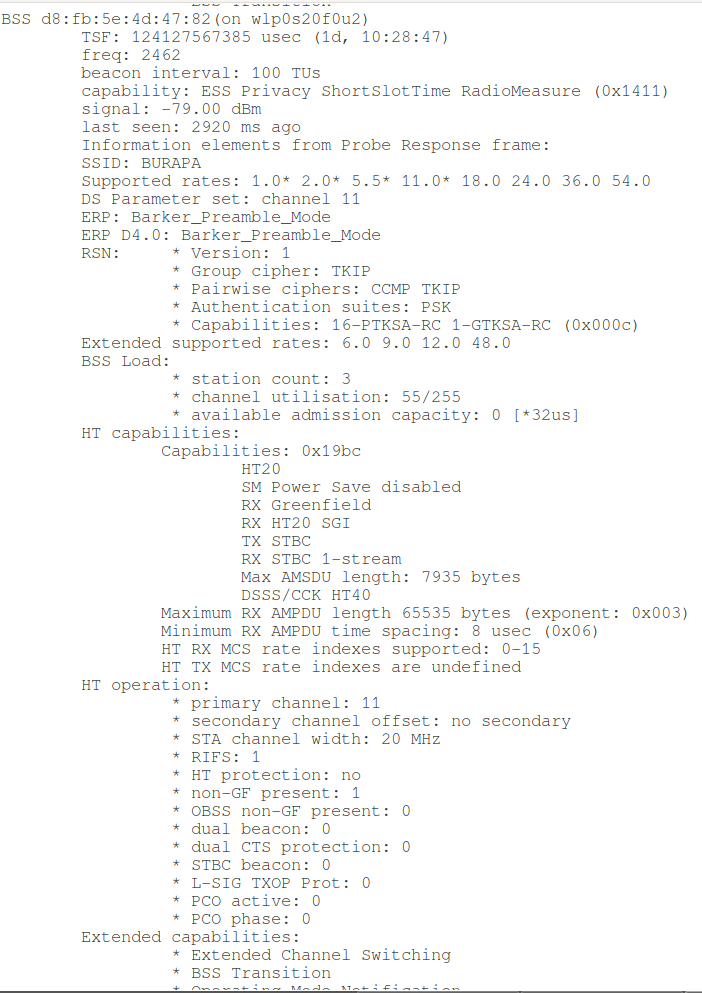 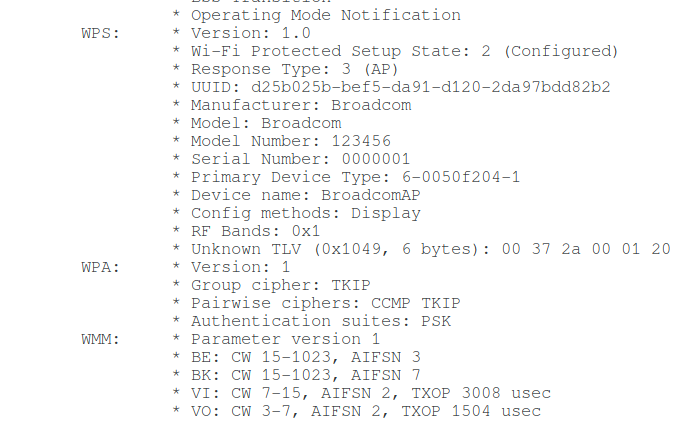 And if you specify the -u option, then additional information will be displayed that even the system itself does not understand:

It is evident that there is a lot of information – you just need to present it in a convenient form. The following command scans and displays a table with the results. In this command, replace wlp0s20f0u2 with the name of your wireless interface:

As you can see, I drew attention to the WPS properties, but did not specify anything about WPA – for the reason that for almost all APs, the information about WPA is very similar:

PSK are pre-shared keys, that is, the same keys (passwords) on the access point and for each user. There is no particular practical value in this information, but if you wish, you can edit the command yourself and add this data to the table.

This script can be saved to a file:

replace wlan0 with the name of your wireless interface.

An interesting effect can be achieved together with the watch command:

As a result, the information will be constantly updated, approximately as in Airodump-ng:

After each scan, if any access point is no longer visible, it will disappear from the list, and new ones will be added. The shown command is quite simple, if you wish, you can make some improvements: set up sorting (for example, by signal strength or by the name of a Wi-Fi network), you can create a database for storing records about APs there, etc.

The operation of this script does not interfere with the Internet connection on the same card to the wireless Access Point.

In addition, see the article “How to detect all Wi-Fi devices in the area?”.