AUR (Arch User Repository) is a large repository of programs that are (not yet) added to official Arch Linux repositories.

To search for packages in AUR you need to go to the site, and to install you need to execute several commands.

To update a package from AUR:

The pikaur program can be installed and run on the command line by analogy with pacman, and can also be used without installation – I will show how to do this below.

What is pikaur and what is it for

pikaur can perform all the functions of pacman and supports the options of the standard package manager. Additionally pikaur can:

How to use pikaur without installation

Search for a package from AUR

Perform a complete upgrade of system packages and AUR packages:

If you liked pikaur, then you can install this program:

Additional dependencies for 'pikaur-git' (install them as desired):

For example, I want to find viber:

Installing and updating the AUR package:

For example, I want to install dropbox: 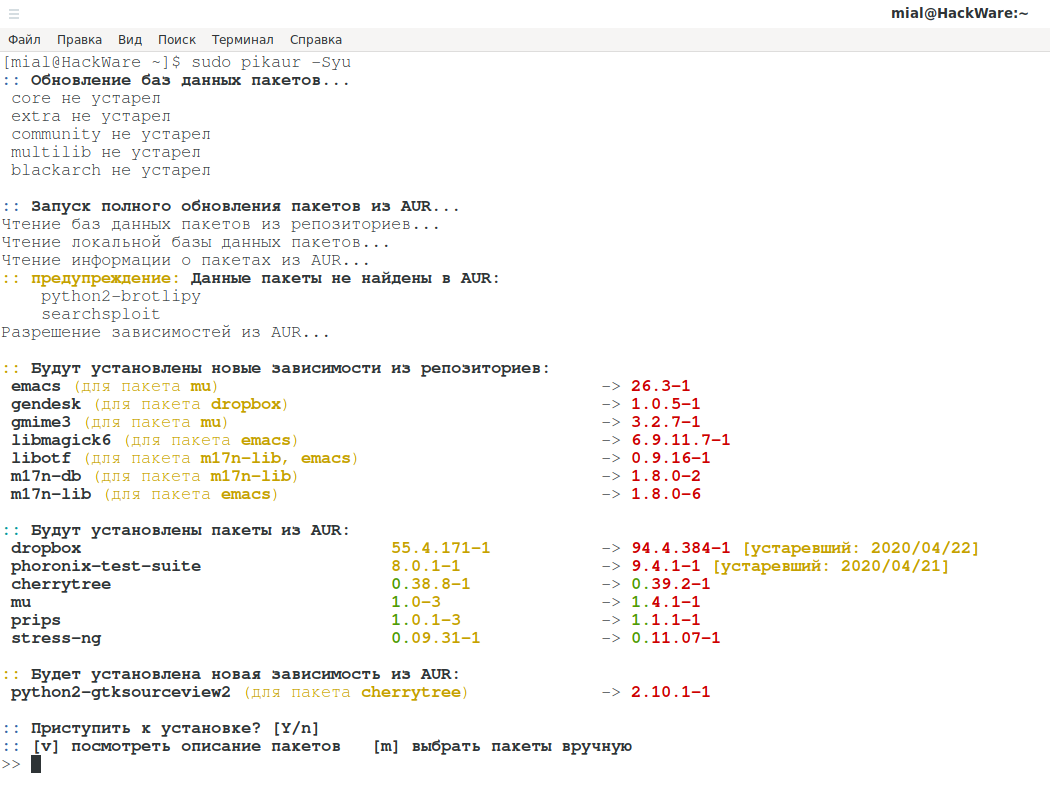 How to clear pikaur cache

As with pacman, you can periodically clear the pikaur cache, this is done with the command:

The configuration is performed in the ~/.config/pikaur.conf file.

Let’s consider only some options in the [review] section, which can be the most annoying. Each time you install or update a package from AUR, the program prompts you to edit the PKGBUILD file:

In general, it is good practice to analyze the contents of the recipe for installing the program. But if you trust the AUR community and/or do not understand the contents of PKGBUILD, then such suggestions seem too annoying, especially if there are a lot of packages.

When starting pikaur, you can specify the --noedit flag, and then offers to edit PKGBUILD will not be displayed.

Or you can change the settings in the configuration file:

When prompted to edit this file, the default is yes. So that you do not need to enter the letter “n” each time, set the value to (yes):

Or you can completely disable requests to edit PKGBUILD files, then find the directive: 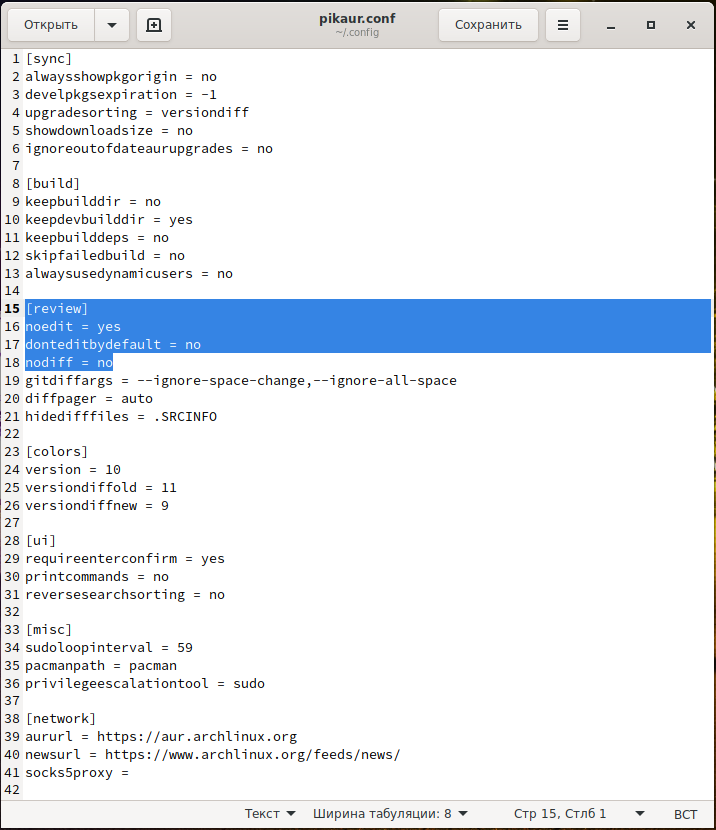 In order for you not to be offered diff (display a list of differences), use the --nodiff flag, or find the directive in the configuration file:

Why pikaur ignores the configuration file

That will actually use the configuration file /root/.config/pikaur.conf.

Therefore, in order to use the edited configuration file, run pikaur as a regular user, especially since you do not need superuser rights to work with AUR packages:

An alternative to pikaur is the pamac program, which is a graphical package manager for Manjaro Linux. This program also supports work with AUR.

Here not all the possibilities of pikaur are considered. You can use the same options in this program that pacman has.

The program has options that are not even found in pacman. It is also possible to fine tune the pikaur configuration file.