This is the second collection of Kali Linux tools that work great in WSL (Windows Subsystem for Linux), yet are simple enough to be used by any Windows user, regardless of their Linux skills.

Of course, it is recommended to start with the “Best Kali Linux tools in WSL (Windows Subsystem for Linux) (Part 2)”, and also read the articles on working in WSL, links to which are just given in this first part.

In this article, we will not dwell on how to run Kali Linux in WSL and how to open a graphical desktop environment – all this is in the previous part.

Meta information is such an important issue that it was worth covering it already in the first part, but it turned out to be already extensive.

Start by installing the mat2 program:

To view the metadata of any file, run a command like (with the -s option):

To clear metadata in files, run a command like:

As we remember from the section “How to open a Windows file in Linux”, to access the file system, you need to use mounted disks located along the /mnt/ path, for example, the C:/ drive is mounted in the /mnt/c directory.

We substitute this path into the command given above:

And here it is – metadata! 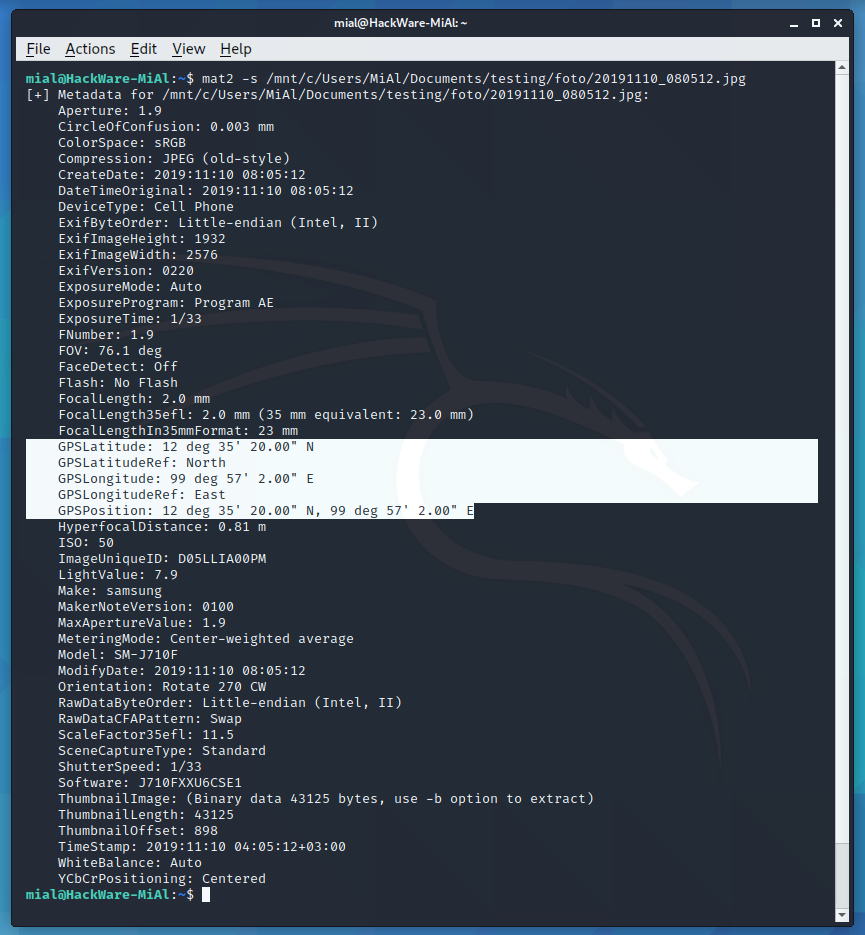 Pay particular attention to the GPS coordinates – they show the exact location at the time of the photo:

If you want to see the property of all photos in a folder, then instead of the file name specify the * (asterisk) symbol:

If you want to clear the metadata of a specific file, then specify the path to it and its name:

If you want to clear the metadata of all files in a folder, use * (an asterisk) instead of the file name:

The old files will remain unchanged, but new files will be created with the string “.cleaned” in the name and completely cleared metadata.

You can see for yourself that there is no more metadata:

Pay attention to the “No metadata found” string.

How to generate dictionaries

If you need a list of passwords generated according to a certain pattern, then the Maskprocessor program will help you.

The use is very simple, the main thing is to remember the conventions of symbol groups:

Let's say you need to make a four-digit list of passwords, then the command is as follows:

A password that starts with mial followed by six digits:

I think you got the essence of using this program.

To save the created dictionary to a file, use the “ > FILE-NAME” construction, for example:

How to find the hostname by IP

With the command lie this:

you can find out the hostname.

This method does not always work.

Checking the availability of multiple hosts

If you want to check if a group of sites is currently online, you can use the fping command.

The usage is very simple – specify all sites separated by a space: 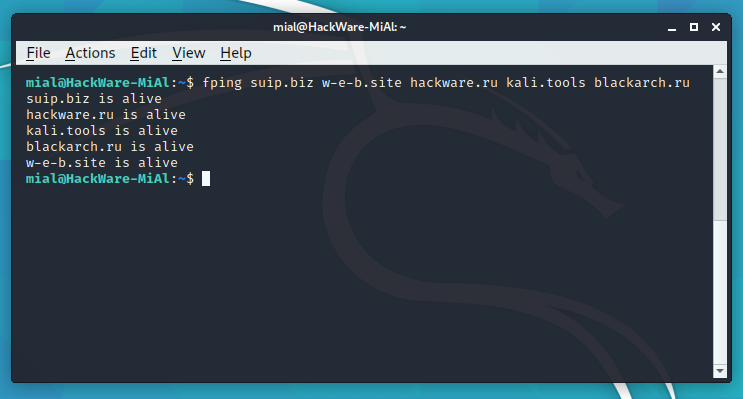 With the -f option, you can specify a file with a list of hosts:

Remeber, the file format is as follows: one host per line.

Large sites can have more than one IP address. As a rule, now these are one or more IPv4 addresses and several IPv6 addresses. To check the availability of all of them, use the --all option:

For some IPs, you can see an error

We use the -A option to show the IP addresses:

That is, IPv6 addresses are not available because my ISP does not support them.

Option -4 and -6 can be specified to ping only IPv4 or only IPv6 addresses:

In the previous part, we have already covered Nmap, the program for scanning open ports. It is a very powerful program, but when scanning really large networks, it is quite slow.

In fact, 10,000 packets per second is quite a lot. If you lost your Internet connection after running the previous command, then decrease the value of the --rate option.

If you want to make JavaScript code readable, then JStillery is used for this.

Usage is very simple, just specify the path to the file for deobfuscation:

To compile the server (if you need not only a command line tool, but also want to use a web interface):

To start the server:

After that, the web interface will be available at http://localhost:3001. If you have not installed a graphical interface in Kali Linux, that is, you cannot open a web browser in it, then you can still access the JStillery web interface.

To do this, look at the IP address of your Kali Linux: 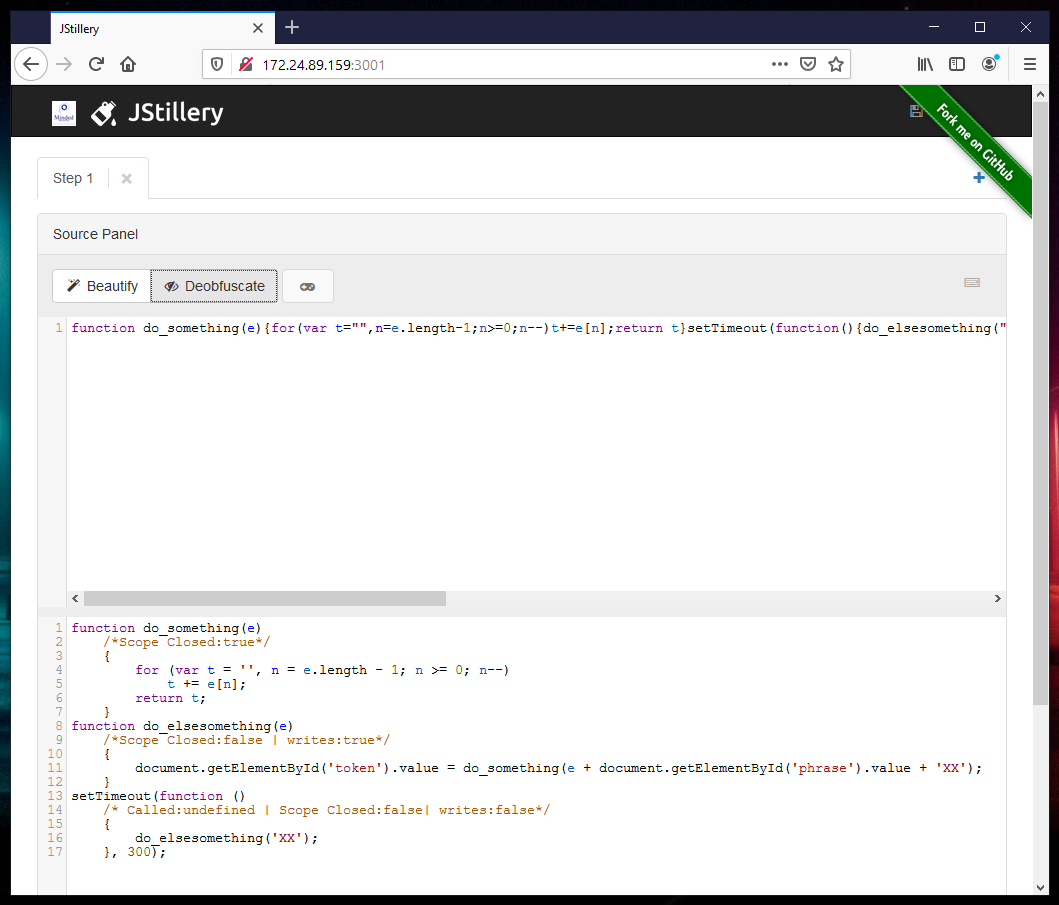 The second part turned out to be no less rich and varied than the first. In the third part, we will focus on website information gathering and finding hidden resources (subdomains, hidden files, administration panels, real IP addresses).