How to use .hcmask files in Hashcat for the most flexible character replacement

A rule-based attack is the flexible generation and filtering of password candidates.

Despite all its capabilities, this attack is not omnipotent. Consider the following example.

There is a word

and ones need to replace the character “s” with the character “$”. For example, in John the Ripper you can try to use the “ss$” rule, but it only returns “$ee$aw” while the expected result is:

And ones also need to replace other characters in a similar way.

However, we can make sure that when generating dictionaries based on the mask, we get something like what we need:

This problem is quite solvable with the help of programming. Algorithm example:

But do not rush to fall into sadness – you can do without programming. Using things like:

The algorithm is the following:

1. We convert the dictionary into a set of masks with the parameters we need.

2. Generating a new dictionary based on the mask file

The task is to replace the character "s" with the character "$" in all possible combinations, so that, for example, from the word “seesaw” it turns out

We start by generating a mask file. In this command, the lines of the d1.txt file that contain the characters “s” are replaced by “?1”, the result is saved to the masks.hcmask file:

As you already understood, we got a set of masks. For example, “seesaw” became “?1ee?1aw”.

The format of .hcmask files is as follows:

In my simple example, I will use only one custom character set, so the final format of the masks.hcmask file will be:

Adding a prefix to each line of a file can be done with the following command: 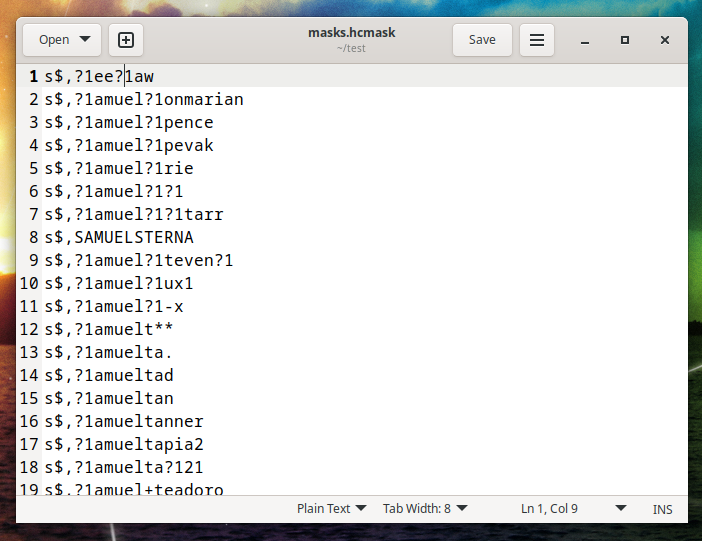 Now, in Hashcat, I start generating dictionaries based on the masks.hcmask file with masks:

We got the desired result with all possible variants for replacing a character in different positions. Beginning of output data: 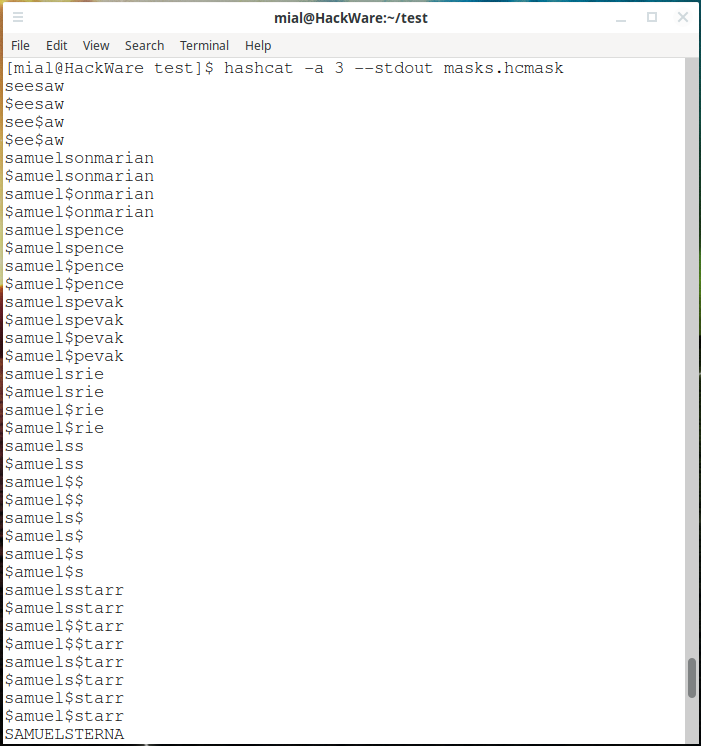 Up to four custom character sets can be used at a time, that is, up to four characters can be replaced in this way. If you need to replace more characters, then the actions according to a similar algorithm can be repeated as many times as necessary.

One Comment to How to use .hcmask files in Hashcat for the most flexible character replacement