How to add Kali Linux repositories to another Linux distribution

I'll start with the most important thing, with a serious warning: this operation may kill your distribution and make it unusable! This is a very real opportunity to break everything due to incompatibility of packages!

What will the Kali Linux repository give?

What happens when adding repositories of other Linux distributions

Repositories may contain the same packages, but different versions. When performing updates, newer packages will replace packages of previous versions in the system. Since the source packages of the distribution kit may not be compatible with the packages of another distribution kit, the system may stop working normally after the upgrade. Moreover, if the first upgrade went fine, this does not mean that as a result of any subsequent upgrade something bad will not happen.

What distributions can Kali Linux repositories be added to

Only distributions based on Debian are suitable for this, that is, Debian itself, as well as Linux Mint, Ubuntu, etc.

That is, we get the benefits of Kali Linux, but we do not risk spoiling our distribution (although anything can happen).

Start with a complete upgrade of your system:

Then reboot it; that is, we got a completely updated system in which the command

should output the following:

This package is missing, so the expected failure:

To make sure that new repositories are added, try again to update the apt cache:

The operation should fail:

This is normal – it should be so.

For the next operation, we need the gnupg package, install it:

Now, in order for the system to verify Kali Linux packages, you need to add the public key of this distribution. Download it and add it with the following commands:

Now you update the cache again (but at the moment DO NOT upgrade the system – otherwise everything will break and you will not be able to boot anymore): 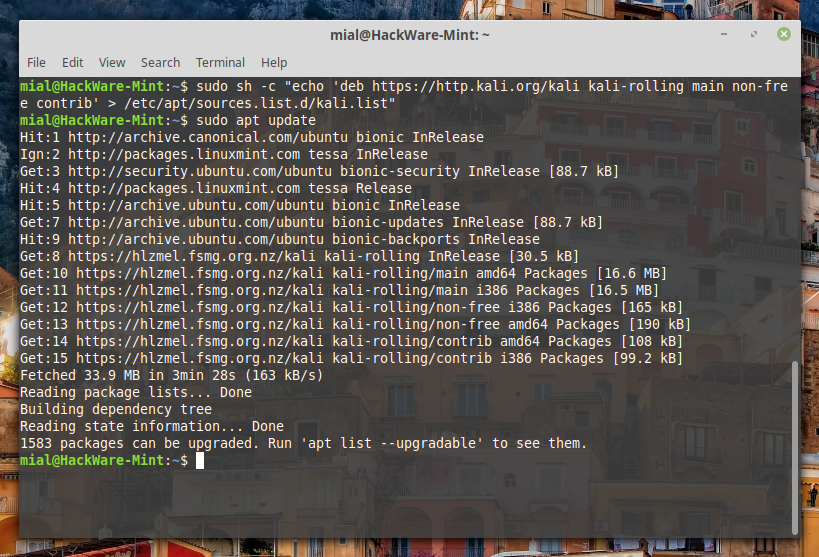 As you can see, we are invited to upgrade more than one and a half thousand packages – DO NOT do this.

Now we need to set the correct priority for packages from Kali Linux repositories: they will have a lower priority than the others, as a result, Kali Linux packages (for example, kernels) will not be installed automatically, but manually you can install any packages that you need.

Or simply create the file /etc/apt/preferences.d/kali.pref with the following contents:

As you can see, now the Kali Linux repository does not affect the system when it is updated:

But if we try to install WPScan, which we could not find in the repositories earlier, then now everything will be successful. Although there are nuances – the apt program will not cope with this task:

The problem will be that the wpscan package has dependencies, these dependencies are present in the Kali Linux repositories, but something prevents the apt program from installing them.

Therefore, to install Kali Linux packages, we will use aptitude in a command of the form:

For example, to install wpscan: 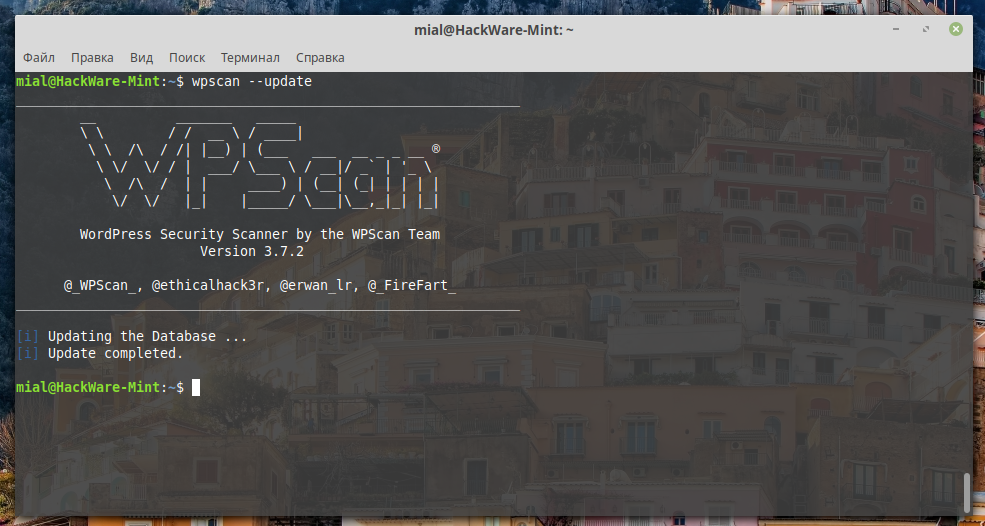 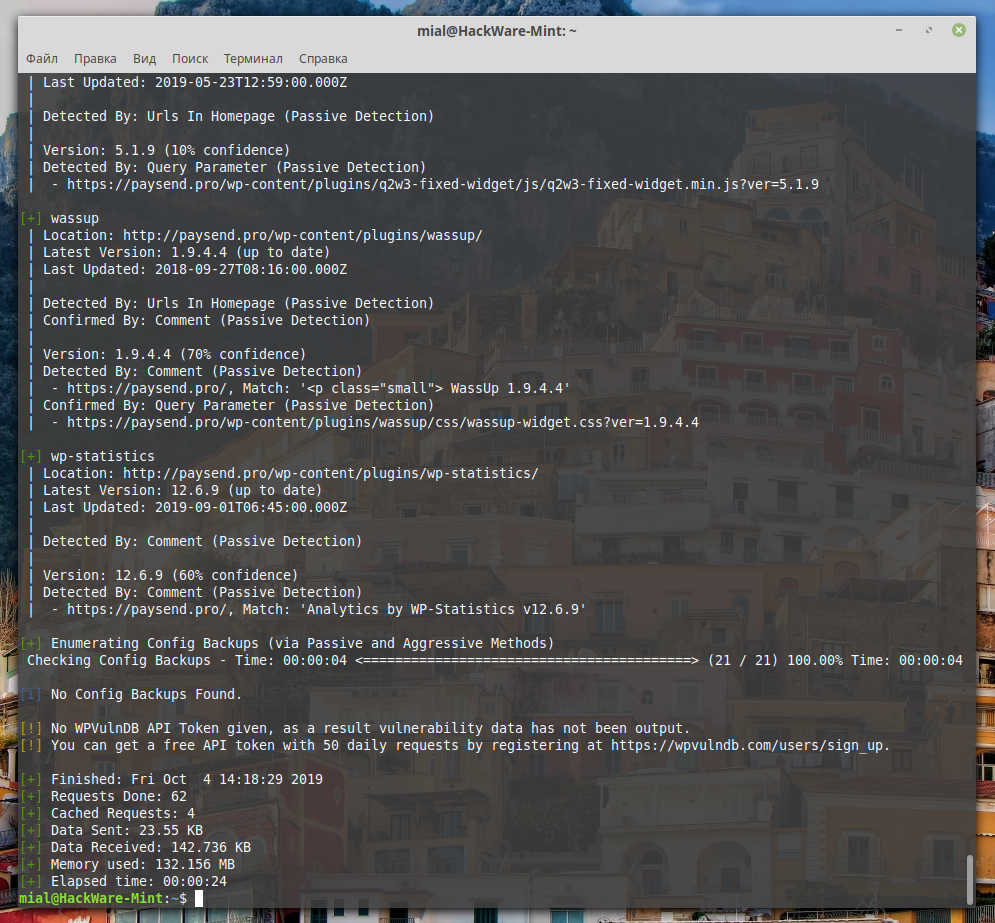 This is the effect of Kali Linux repositories (the ability to install its programs) with minimal risk of breaking the Linux distribution into which you add new repositories.

Nevertheless, the risks remain: when installing packages, in the dependencies of which important components of the system, such as the kernel, may be present. Therefore, it is not recommended to install drivers and kernel modules from the Kali Linux repository (you can install anything from the main repositories of your Linux distribution, including video drivers and new kernels). With the vast majority of other programs should not be a problem.

If you need Kali Linux, then just download the Live distribution and install it for yourself.

But there are situations when it is impossible to ‘just download and install’ - for example, when deploying Kali Linux on VPS hosting. I had to solve this problem when deploying the system to DigitalOcean. I’ll talk about this example in the next article about my experience with DigitalOcean.