Let's consider what standard (default) credentials are in Kali Linux and how to change them.

When booting a LIVE image, login credentials are not required. Running commands with sudo also does not require passwords.

When installing the system, you will be asked to create a user account – username and password for it. These credentials will later be used to log into the system. 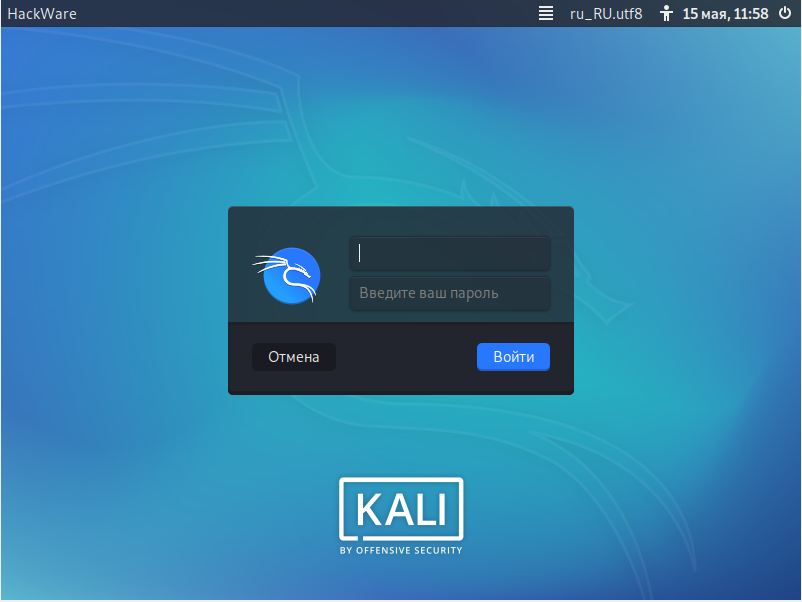 How to change password for another user in Kali Linux

To change the password for another user, run a command of the form:

After that, you can log in as the root user.

What to do if you forgot your Kali Linux password

Use the article “How to reset a forgotten login password in Linux”.

In all official images, including VMware and ARM, the standard credentials are:

It is recommended to configure key authentication, see “How to enable SSH in Kali Linux. How to connect to Kali Linux via SSH” for details.

Some tools shipped with Kali will use their own default credentials (others will generate a new password the first time they are used). The following tools have default passwords:

To initially configure the program and set the root password, run the command:

If you have already set the MySQL password in Kali Linux, but forgot it, then in the first terminal, type:

Please note that the NEW_PASSWORD line needs to be replaced with the password that you want to set for MySQL root.

In the first terminal CTRL+c

That's it, now your MySQL has a new password.

At the psql prompt, enter the command:

To set up the program, run the command:

But when trying to connect from msfconsole with these credentials, an error occurs:

Another error option if you do not specify a password:

To fix it, you can do the following. We start the PostgreSQL service, create a new user with (called “user”) with a password and create a database (called “metasploit”) on behalf of this user: 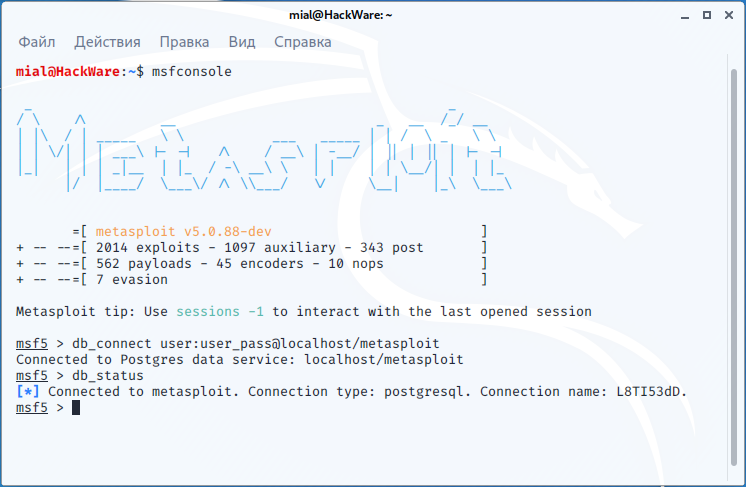